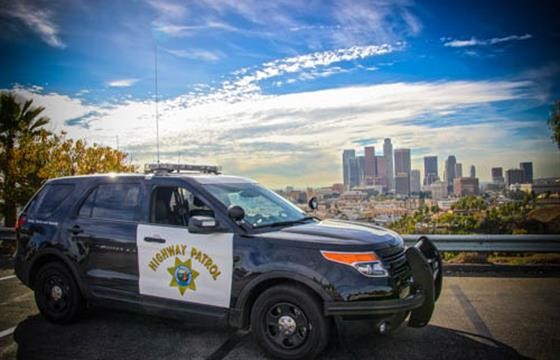 By ABC7.com staff Friday, February 13, 2015 11:45PM ENCINO, LOS ANGELES (KABC) -- California Highway Patrol officers rescued an elderly woman living in pack rat conditions who was trapped by flames in her Encino home near the 101 Freeway on Friday. The officers happened to be driving by. "We heard screaming coming from the other side of the house," California Highway Patrol Officer Edward Diffner said. "She was lying on the floor, 4 or 5 feet from the house, and she was screaming for our help," CHP Officer Kevin Mendel said. Crews responded to the one-story home in the 15000 block of Magnolia Boulevard near Densmore Avenue at about 5:50 p.m. Two people, an elderly woman and a man, were treated by firefighters at the scene. The woman was transported to a nearby hospital and was treated for moderate burns and smoke inhalation. She was in fair condition. The fire was confined to the one-story home, but excessive storage made it difficult to put out the flames. Fifty-five firefighters spent more than two hours battling the blaze. No firefighters were injured. The home was heavily damaged. The cause of the fire has not been determined. Neighbors were grateful for the CHP officers who arrived on the scene. "They did a great job, fast, good, very good," witness Sam Volchauck said.